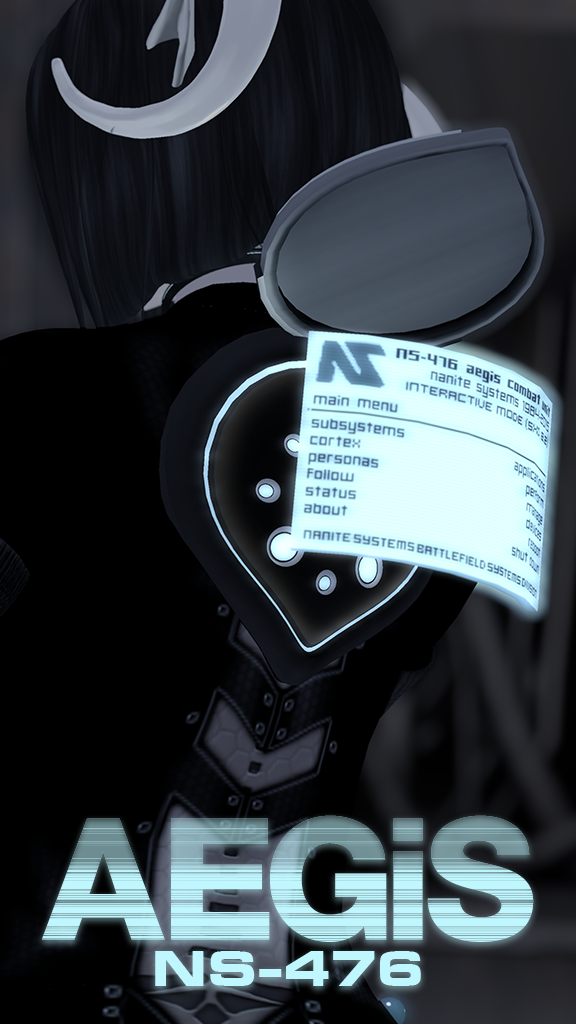 Building on more than three decades of experience with award-winning and war-winning combat machines, Nanite Systems is proud to introduce its greatest and most versatile fully autonomous weapon to date: the NS-476 Aegis.

The Aegis is designed to conquer the battlefield with unprecedented tactical sophistication and hyper-efficient control software, turning even the most benign and friendly machine into an unstoppable whirlwind of death, or a clandestine and efficient killer, all depending on your needs.

Sleek and well armored, the Aegis's internal systems are set into a single mold nanoweave steel housing, with almost two inches of composite carbon fibre, nanosteel and ceramic offering lightweight protection against direct impacts from attacks up to and including most HEAT and HESH rounds. Small arms up to .50 cal are nearly a non-issue, with the system's core snugly protected in a wreath of steel and synthetic materials.

True to its name, the Aegis also integrates seamlessly with the MESH-2100 shield that'll take most, if not all of the bite out of anything coming at its wearer. From anti-personnel mines, to 5.56 rounds, to falling rocks, to small boys named Kevin brandishing nail boards, the Meissner Effect Shield (MESH) can protect against it all. When it detects an object or impact within its protective radius, integrated generators deploy a mesh of nanites within picoseconds to weave an incredibly dense web of hard light around the wearer, allowing the shield to absorb enough energy in a single burst to stop a mid-sized sedan moving at 75 mph in its tracks. 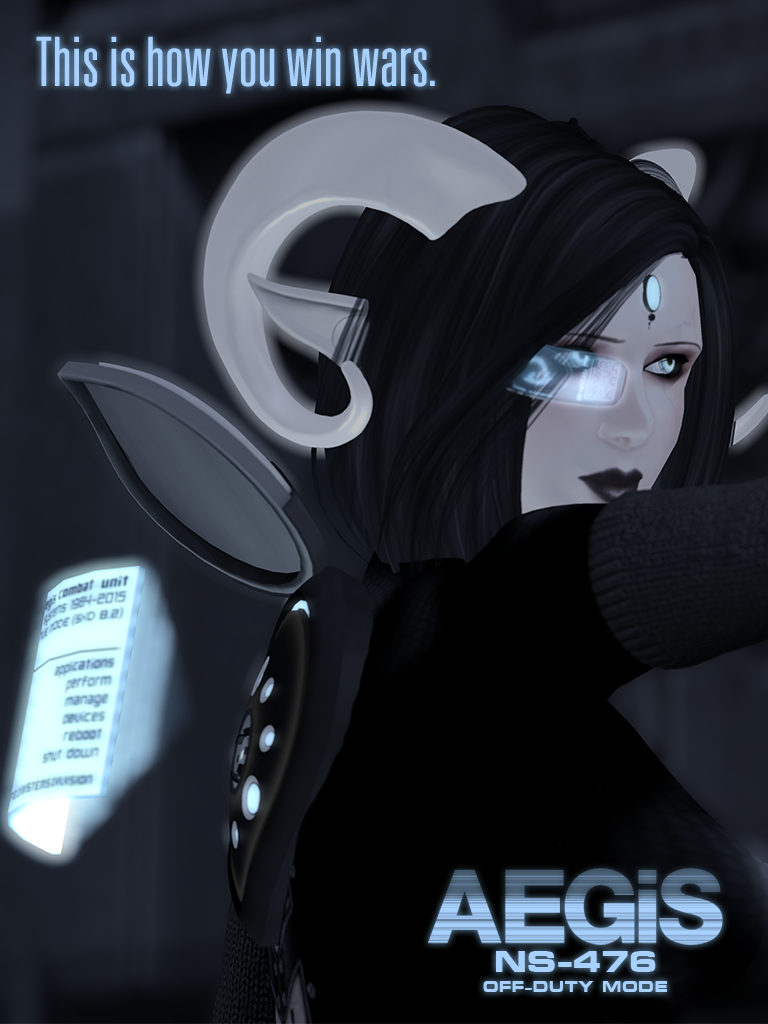 But don't be fooled: the NS-476 Aegis isn't just another dumb-fire-and-forget drone. The system's software meshes with pre-existing personality or programming to create an elegant fusion of killing machine and intelligent soldier, with the ability to reason and solve problems creatively and dynamically as they arise on any battlefield. From bodyguarding, to site security, to front-line combat and covert special operations, the NS-476 is excellently suited to a wide array of combat roles with murderous grace.

For over a decade, more than 5,000 researchers at our Tactical Engagement Research Facility in Detroit worked tirelessly to integrate top-of-the-line control software from across the company into the Aegis, drawing on lessons learned from NS-112 Aides and SXD/1 units deployed in military support and logistics roles. The result is a synthetic soldier that can not only shape the outcome of a battle through stunning combat performance, but also an individual that can integrate seamlessly into a platoon, and a bodyguard that can truly be trusted.

The full suite of combat software for the Aegis is coming soon, to ensure we deliver the best product we can. The hardware itself is available right now, running Companion 8.4, which is ideal and adequate for interactive and support roles. Combat extensions for Companion are also available; see here.